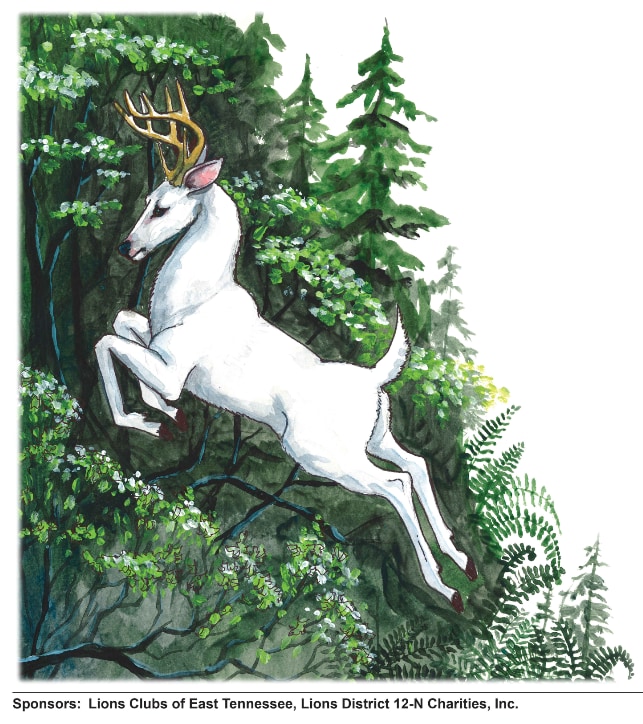 With the defeat of the White Witch, the children are made Kings and Queens of Narnia and sit on the four thrones at Cair Paravel. They rule long and wisely. They keep the peace and save good trees from being unnecessarily cut down.
After many years, they learn that the White Stag has once more appeared — the stag who grants wishes if you catch him. The four go out hunting for the White Stag and chase him into the bushes.
As the royalty continue their pursuit, they find themselves among the trees at the back of the wardrobe. A few steps more, and they are making their way through fur coats.
A moment later, they fall through the wardrobe door into the room — and are children once again in the Professor’s country home!
The wise professor tells them they’ll get back to Narnia again someday, but not by the same route!
After passing the raised bumps, take the path to your left. Find the Stag on your left, and ponder the land of Narnia before leaving through the wardrobe.