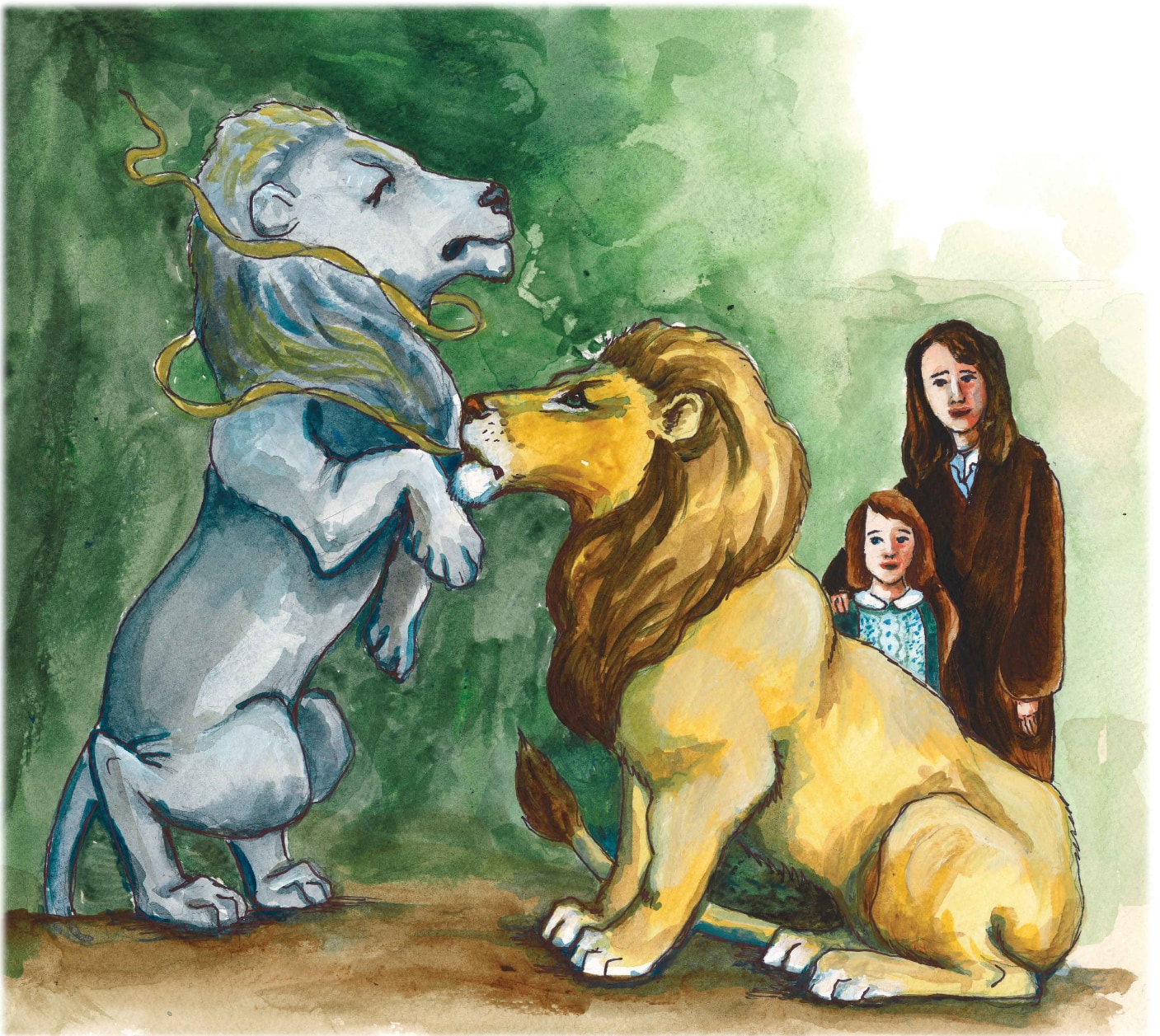 With Lucy and Susan riding on his back, Aslan jumps over the wall of the Witch’s castle into a courtyard, with stone creatures. The first stone animal they come to is another lion. As Aslan breathes on the lion, a tiny streak of gold appears in his mane. The lion shakes his mane and comes back to life.

In another part of the courtyard they find Mr. Tumnus and Aslan brings him back to life, too. When all the creatures have been restored, they race to join Peter and Edmund, who are fighting the White Witch and her forces.

The lion and Mr. Tumnus are at each end of a low wall in a courtyard to the left of the walk. Next is a bridge; see if you can find the Witch’s broken wand on top of the handrail. After crossing the bridge, turn left immediately to find the last stop.