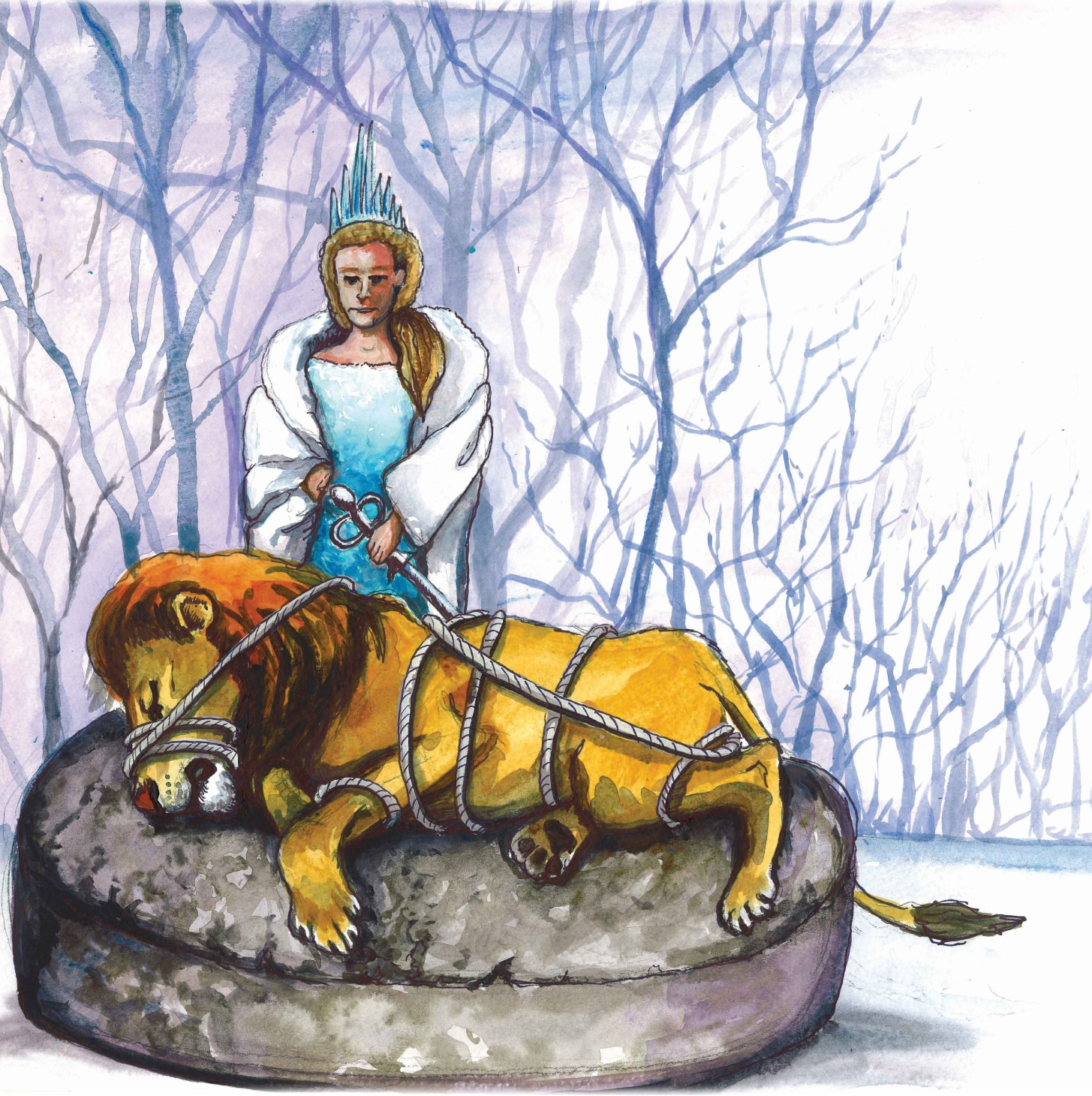 The White Witch and her forces celebrate their victory as they take Aslan to the Stone Table. The Witch says to Aslan, “Fool. Do you think you can save the human traitor? When you are dead, who will take him out of my hand then? Understand that you have given me Narnia forever.”

The Witch strikes the fatal blow, but she does not know about Deeper Magic.

Lucy and Susan, hiding in the nearby woods, have a dreadful night. At sunrise, they hear a great cracking noise, and turn to discover the Stone Table broken and Aslan Gone.

Then they hear Aslan’s voice, and he appears to them, assuring them he is neither dead nor a ghost. This is Deeper Magic: when innocent Aslan stepped in for Edmund, Death began to work backwards.