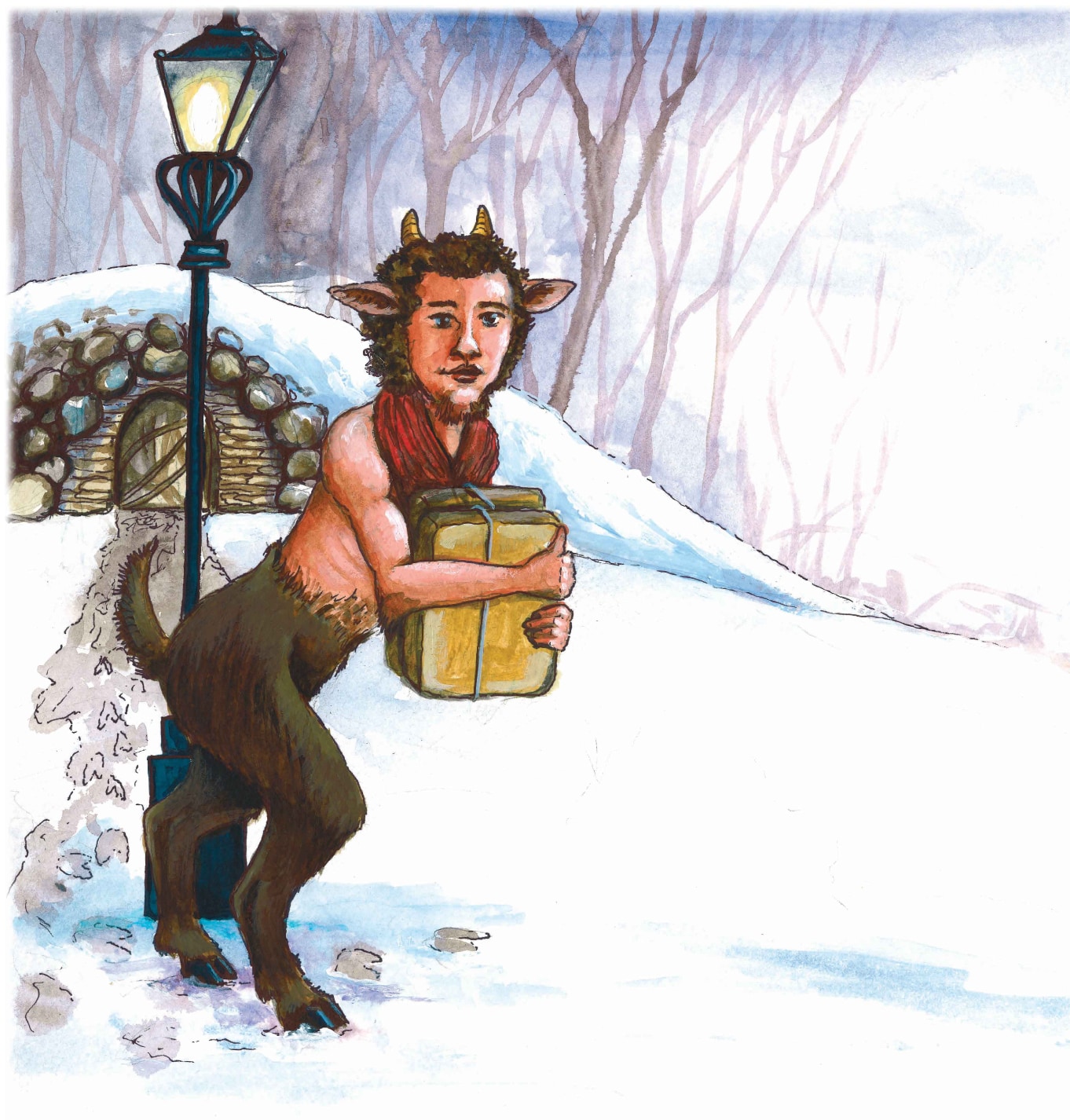 Near a cave in the woods, Lucy meets Mr. Tumnus, who is a faun — half man and half goat.  The White Witch has paid him to capture humans so that a prophecy will not come true. The prophecy says that when humans sit on the four thrones at Cair Paravel, the White Witch’s rule over Narnia will end.

Mr. Tumnus changes his mind when he finds that humans are nice, and he lets Lucy return through the wardrobe. She tells the other children about Narnia, but they don’t believe her.

Another day, Edmund, the younger boy, enters Narnia alone and meets the White Witch. She gives him enchanted Turkish Delight candy to eat so that he will come back for more and bring his brothers and sisters.

Just down the path, you will find the door to Mr. Tumnus’ cave to your left. After checking it out, continue along the main walk to Mr. Beaver’s home.